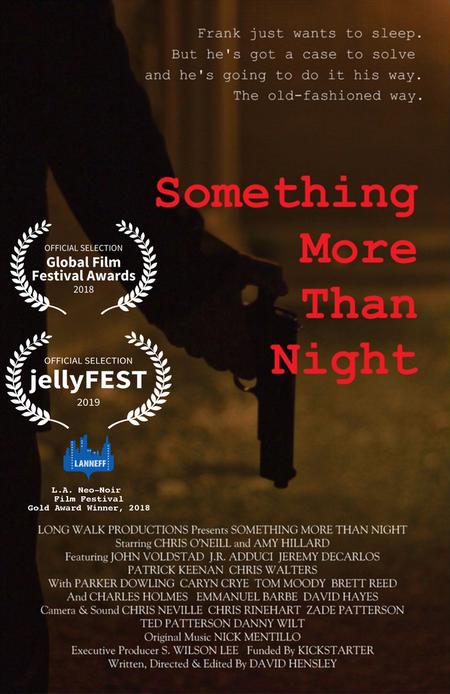 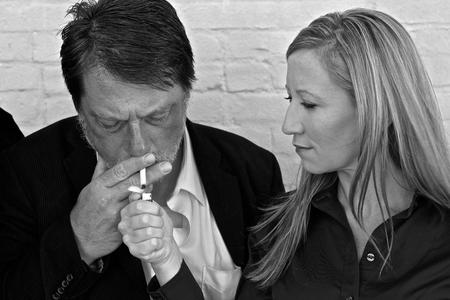 Something More Than Night ​is Long Walk Productions' first feature film. The film stars Chris O'Neill as a Private Detective named Frank Duncan, who takes on the investigation of his best friend's murder. Frank is determined to do things his way: the old-fashioned way.

Heavily inspired by the works of crime and detective fiction authors like Raymond Chandler and Dennis Lehane, Something More Than Night is a film noir detective drama set in present day.

Prior to the start of production, Long Walk launched a Kickstarter campaign to complete our budget for the film, and we are proud to say that we met our goal! Thanks to the generous pledges of multiple backers, we had the money to complete the film.

Principal photography wrapped in October of 2015 and the film was finished in January of 2018.